Most people think that weed is dangerous to health and has side effects that are the same as smoking cigarettes and alcohol. But the problem is that the misconceptions about…

Are feminized seeds that good for growing?

The cultivation of cannabis seeds in indoor environments has been increasing and popular in recent years, due to the high quality and excellent yield of this type of seed. Growing…

In recent years, the global discussion on the regulation of cannabis has intensified. More and more jurisdictions in different countries have modified their laws to allow the medicinal or therapeutic… 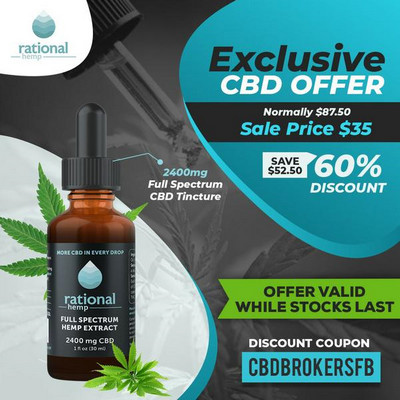 We have a network of 20 marijuana related sites, to promote your business Click Here

US Policy on Drugs was driven by the Drug War, the U.S. prison population is six to ten times as high as most Western European nations. The United States is a close second only to Russia in its rate of incarceration per 100,000 people. In 2010, more than 746,000 people were arrested in the USA for marijuana-related offenses alone. People are realizing across the world that marijuana legalization is vital for medicine. Plus it may even be beneficial to legalize weed as a recreational drug similar to alcohol.

The US war on drugs places great emphasis on arresting people for smoking marijuana. Since 1990, approximately 17 million Americans have been arrested on marijuana charges, a greater number than the entire populations of Alaska, Delaware, the District of Columbia, Montana, North Dakota, South Dakota, Vermont and Wyoming combined. In 2010, state and local law enforcement arrested 746,000 people for marijuana violations. This is an increase of 800 percent since 1980 and the highest per capita in the world.
As has been the case throughout the 1990s, 2000’s and continues that the overwhelming majority of those charged with marijuana violations were for simple possession, around 88%. The remaining 12% were for “sale/manufacture”, an FBI category which includes marijuana grown for personal use or purely medical purposes. These new FBI statistics indicate that one marijuana smoker is arrested every 45 seconds in America. Taken together, the total number of marijuana arrests for 2010 far exceeded the combined number of arrests for violent crimes, including murder, manslaughter, forcible rape, robbery and aggravated assault.

Like most Americans, people who smoke marijuana also pay taxes, love and support their families, and work hard to make a better life for their children. Suddenly they are arrested, jailed and treated like criminals solely because of their recreational drug of choice. State agencies frequently step in and declare children of marijuana smokers to be “in danger”, and many children are placed into foster homes as a result. This causes enormous pain, suffering and financial hardship for millions of American families. It also engenders distrust and disrespect for the law and for the criminal justice system overall.

Responsible marijuana smokers present no threat or danger to America or its children, and there is no reason to treat them as criminals, or to take their children away. As a society we need to find ways to discourage personal conduct of all kinds that is abusive or harmful to others. Responsible marijuana smokers are not the problem and it is time to stop arresting them.

Once all the facts are known, it becomes clear that America’s marijuana laws need reform.

This issue must be openly debated using only the facts. Groundless claims, meaningless statistics, and exaggerated scare stories that have been peddled by politicians and prohibitionists for the last 60 years must be rejected.

Marijuana does not cause brain damage, genetic damage, or damage the immune system. Unlike alcohol, marijuana does not kill brain cells or induce violent behavior  Continuous long-term smoking of marijuana can cause bronchitis, but the chance of contracting bronchitis from casual marijuana smoking is minuscule. Respiratory health hazards can be totally eliminated by consuming marijuana via non-smoking methods, i.e., ingesting marijuana via baked foods, tincture, or vaporizer.

A 1997 UCLA School of Medicine study (Volume 155 of the American Journal of Respiratory & Critical Care Medicine) conducted on 243 marijuana smokers over an 8-year period reported the following: “Findings from the long-term study of heavy, habitual marijuana smokers argue against the concept that continuing heavy use of marijuana is a significant risk factor for the development of chronic lung disease.”

Neither the continuing nor the intermittent marijuana smokers exhibited any significantly different rates of decline in lung function as compared with those individuals who never smoked marijuana.” The study concluded: “No differences were noted between even quite heavy marijuana smoking and non-smoking of marijuana.”

Marijuana does not cause serious health problems like those caused by tobacco or alcohol (e.g., strong addiction, cancer, heart problems, birth defects, emphysema, liver damage, etc.). Death from a marijuana overdose is impossible. In all of world history, there has never been a single human death attributed to a health problem caused by marijuana. Legalize marijuana and life would be better for most people.