Why the Arizer Solo 2 is Still Arizer’s Flagship Vape 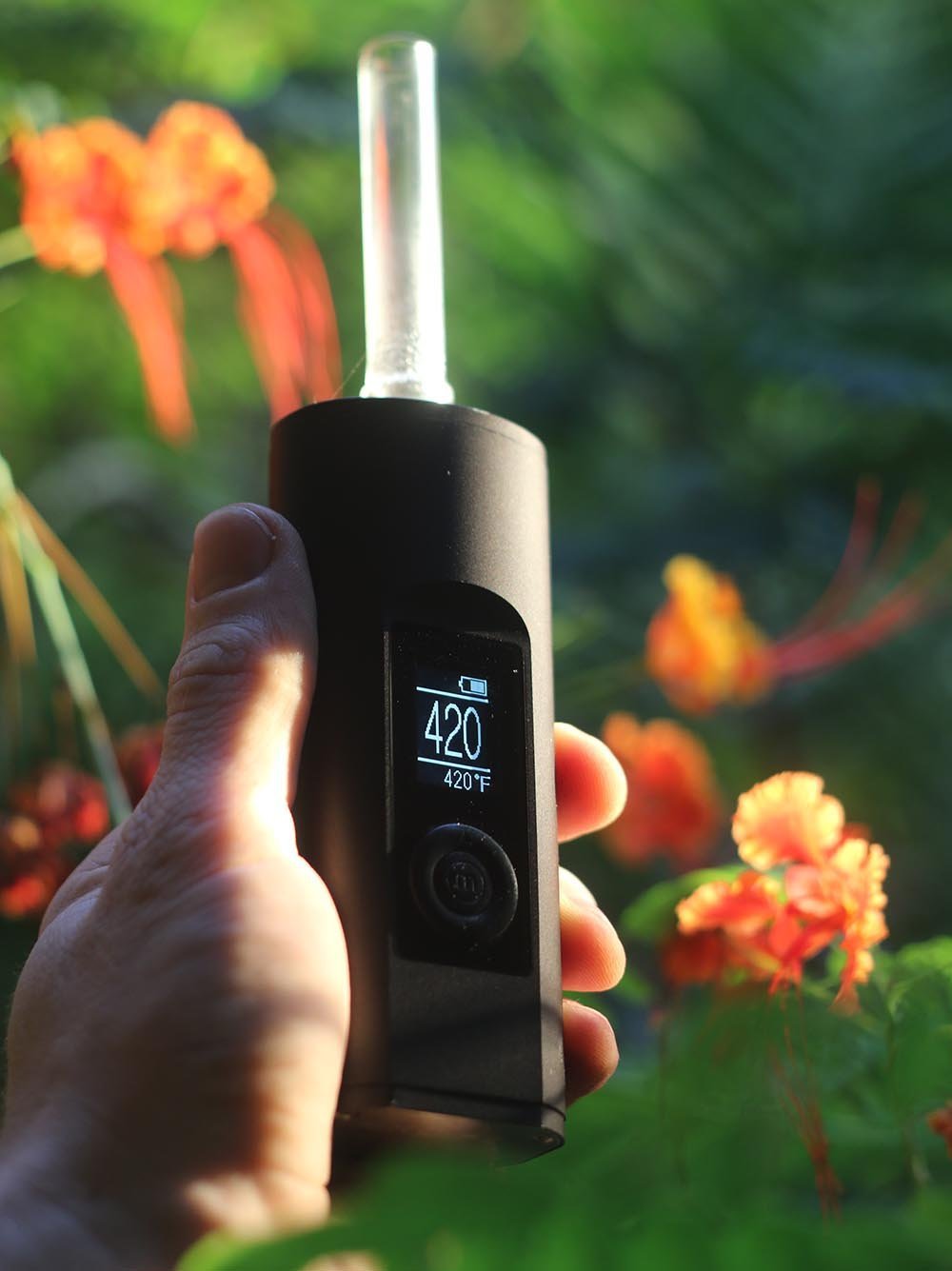 The Arizer Solo 2 is the legendary vaporizer from the Canadian manufacturer, Arizer. It followed the original Arizer Solo that also had a great impact on the market; the comparison between the two is without a doubt being made due to its promising features and qualities. The Arizer Solo II is not only a high-quality vaporizer but a portable one as well. It could not be denied why it is still Arizer’s leading vape for it meets and provides more than what is expected, despite the likes of the Arizer Argo and Arizer Air 2 bursting onto the scene, popular vaporizers in their own right. Indeed, its powerful exterior corresponds to its function. It really no wonder that people are still considering to buy the Arizer Solo 2 Vaporizer, as it still the Canadian brand Arizer’s number one vape.

The Arizer is known for its remarkable reputation in the vaporizer industry as they are backed up with outstanding customer feedbacks and reviews. What makes their vape impressive is its ability to deliver what the market asserts about it. It gives claims that are true to its nature. The box that comes with the Arizer Solo II upon purchase includes NA Wall Charger, 2x Glass Aroma Tube, 2x Silicone Tube Caps, glass aroma dish, belt-clip carrying case, stainless steel stirring tool, stainless steel screens, botanical sample (lavender), user manual, and a two-year warranty. Furthermore, the key features of Arizer Solo II include a menu button, marked with an “M”, that gives off the capability for easier access, stainless steel for guaranteed safety, the digital temperature for precise and trouble-free adjustment, borosilicate glass for high heat endurance, and glass stem for durability.

The LED screen that comes with the Arizer Solo II furnishes it with the modernistic and sleek appearance that immediately tells its potential buyers that it is a vape that one should not miss. It matches to its menu button that provides ease of control and unchallenging accessibility when it comes to modifying the device’s screen brightness, volume, temperature, and automation setting. Upon opening, the Arizer Solo II will welcome users with a friendly greeting of “Hello there” in coordination with a smile on the screen.

Its stainless steel top and bottom plates assure both increased safety and lightness of the device. It definitely goes along with its purpose of being a portable vape that one could bring on the go with ease. Despite its large frame and size, what makes it worth the money is its epitome of a device that is hassle-free to carry. 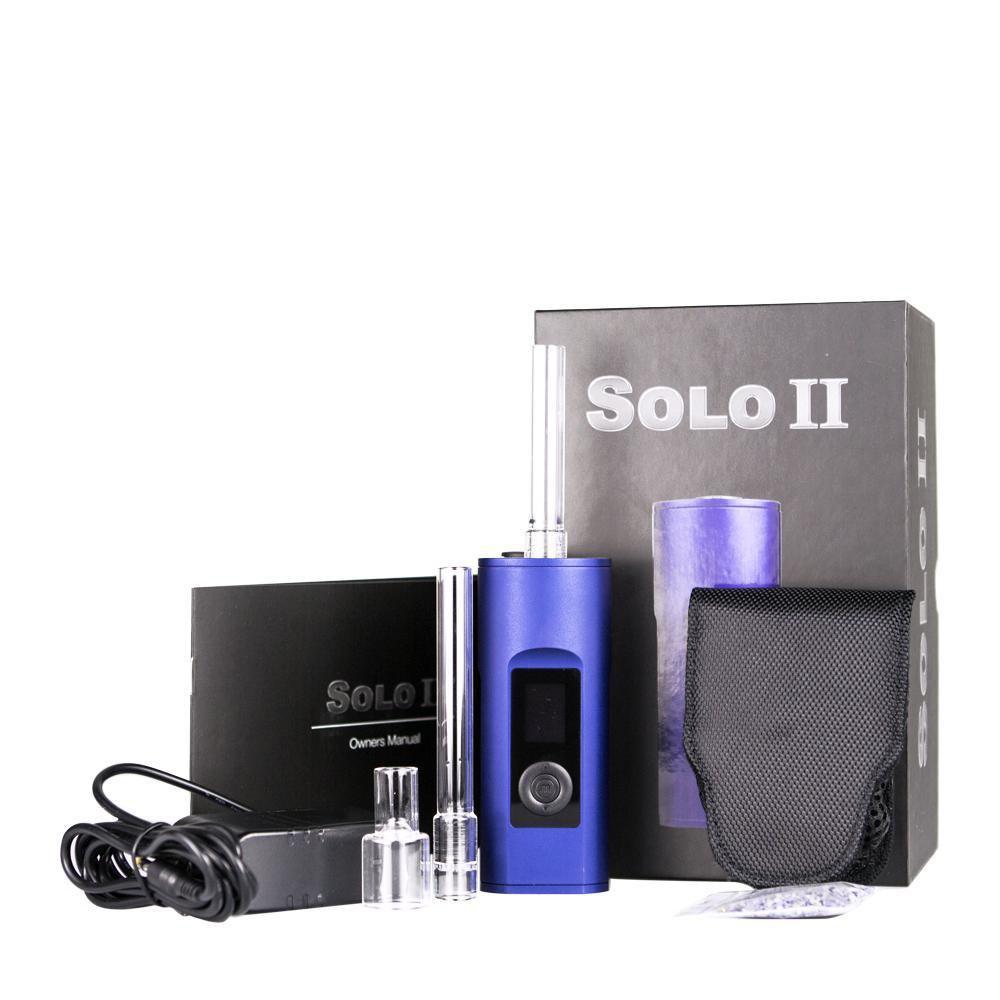 The Arizer Solo II’s setting with the digital temperature makes it quicker to control and adjust. It has a much more improved and faster heat up time of less than 30 seconds; it surely guarantees maximum precision with less waiting time. Into the bargain, its temperature can be set between 50 – 220 degrees Celsius.

In addition, the battery life of the Arizer Solo II is longer than the original Solo – it could last for a continuous use of three hours. Compared to its predecessor, the original Arizer Solo could only last for 90 minutes of vaping time. Tremendously, the battery life of the latest Arizer is more than twice as improved. The battery pack has also been updated by the Arizer as it comes with the capability of having faster heat-up time, supplying juice for 2-3 hours of heating in every charge. It also comes with a year battery warranty. Not only that, but it also features the adeptness of utilization while it is charging.

Evidently, it can be seen that with its great features comes with high-quality vapor. As Arizer has the reputation of producing smooth vapor through its glass tubes, the Arizer Solo II has a much more refined quality in it. The reason behind this is also because of the increased airflow that dispenses rich and plentiful flavor. 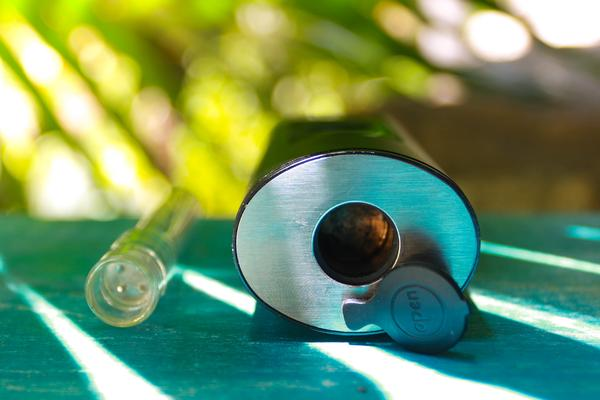 To add more, as its purpose is portability, it also has the qualifications of a vaporizer that is uncomplicated to clean. Because it is low in maintenance, the user would not have to fret about cleaning it every now and then. Its box also comes with the stainless steel cleaning tools that users would deem necessary for every vaporizer.

In the vaporizer industry, one should not settle nor compromise for something less. Especially, during the current era, almost everything is modern, digital, and technological. With that claim, the Arizer Solo II could be regarded as the ideal vaporizer that would match the modernistic needs and wants of the society. By all means, companies like Arizer must have that identical objective in mind. Not that they still do not know about it, but it is important for them to produce products that meet the expectations of its potential buyers and users. With every production, it can be considered that there is always an improved feature, may it be a major or a minor one. It is exciting to know that they are capable of producing advanced technologies that sustain the easier way of living life while enjoying its essentials. 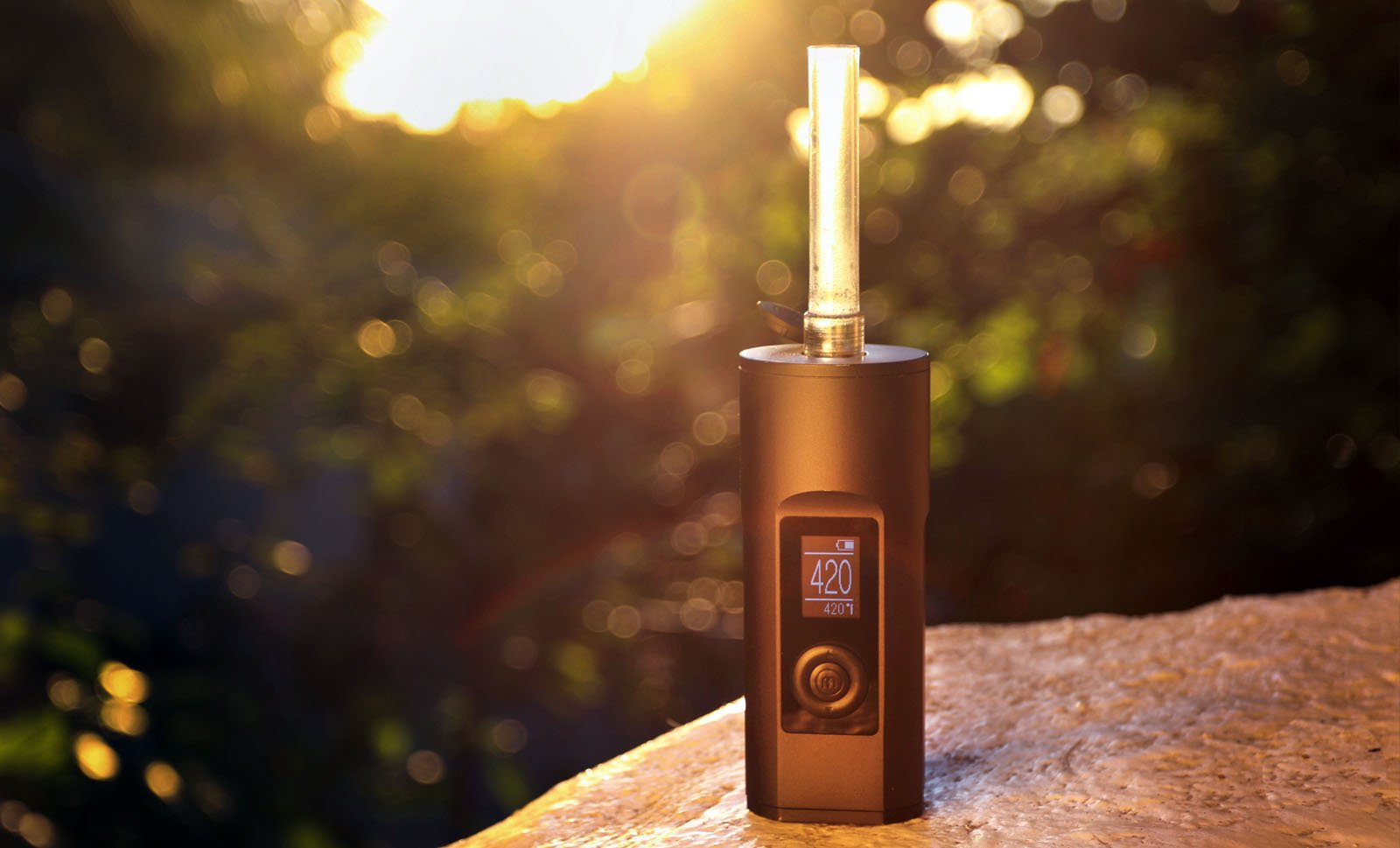 If one would ask why are people even turning to something like the Arizer Solo II when there are other Arizer products that have outstanding qualities too or perhaps just stay with the traditional way of smoking dry herbs? The evident answer to that question could be because the people in today’s world demand anything convenient, sufficient, and ahead of the times.  It cannot be denied why the society would always go for something more advanced when they already have something within their reach. For all one knows, it is the nature of human beings to constantly long for something more. More, even when it may also mean more expensive, high-maintenance, or even more complicated.

Yet, there goes the product of Arizer. Particularly speaking, the Arizer Solo II, it has all the qualifications, specifications, and features, one could ask for. Of course, it could not be denied that there could be something much more improved, as there always is. However, this latest product is what the society has in store for now, and that itself should bring the light to the industry of dry herb vaporizers and the mindset of potential buyers. It is a vaporizer that is worth-buying and surely something that one would not regret. It is always worth a try if it equates to a device that would make life hassle-free than it already is. Thus, it could not be denied why this vaporizer is Arizer’s current top of the line.

Without a question, this remains as Arizer’s flagship vape because it enhances the experience of using a vaporizer that does not fail to satisfy its users, as its true reliability in producing you the pure and high-quality flavor of the herb. It lets its users and potential buyers know that the Arizer Solo II is worth the means. Additionally, one should not be fooled sleek yet delicate form as its stability is better than ever. Its purpose as a vape is to be pocket-friendly and portable to ensure the ideal vaporizer that one could carry and keep daily without any complications.