We will discover more medicinal applications of cannabis 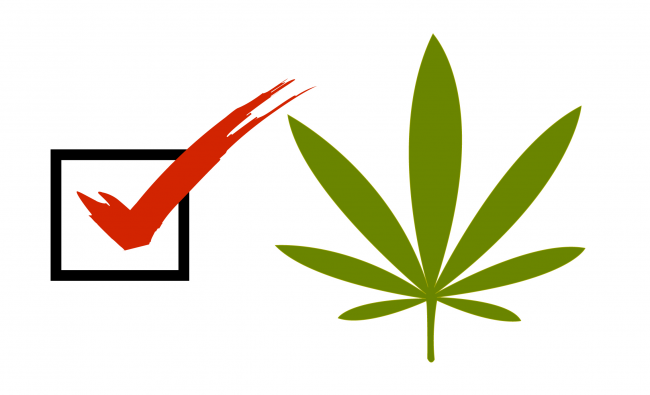 Arguments in Favor of Legalizing Cannabis

Half of the country has approved medical cannabis, but what does that mean for recreational cannabis – if it means anything at all? Medical marijuana advocates have made huge effort to position medical as far away as possible from recreational because of one simple reason: the image of a stereotypical stoner. What sort of a recreational marijuana consumer you are is completely irrelevant, because the moment you say out loud that you consume it, you paint yourself with the “stoner” color in the eyes of your peers (the ones who don’t consume it of course!). Remember what happened to Michael Phelps, the greatest swimmer of all time? Once it got out that he likes to roll it up from time to time, that was it, he became Michael Phelps The Stoner. Responsible cannabis consumption is something that’s difficult to comprehend to a person who has never consumed it, which is why we decided to take a look at the best arguments in favor of legalization of recreational cannabis.

People will not suddenly go crazy about cannabis

The most common one among all the misconceptions about cannabis is this one. People believe that once it becomes legally available for purchase, suddenly everyone will start toking and they’ll find themselves in the middle of the stoned zombie nation. What these people don’t know is how easy it is to purchase marijuana illegally from a dealer. They imagine dealers as some shady, skinny, crack addicts who sell weed in dark alleys. The truth could not be more distant from that image. Weed dealers are most often students who are supporting their studies that way, earning easy money to pay their tuition. Nowadays, even though it’s illegal, there are weed deliveries with, again, mostly students delivering weed to your doorstep. You can buy it from a friend in school, at universities and colleges, from your neighbor who’s growing it at home – literally everywhere. So basically, once it becomes legal, nothing will change. There will always be people who want to consume cannabis, and people who would never touch it. The only thing that will change is that people who consume it will no longer be criminals. That’s it.

The world will not turn into chaos

It’s actually amazing that there are people who think that after the weed gets legalized, there will be violent rampages around and through the cities and towns. Can you believe that? If you ever encounter someone saying this, just ask them when was the last time they saw someone high and violent. Like, never? Not even then. In fact, it’s exactly the opposite – for instance, in Colorado, violent crimes and property crimes have both decreased since they legalized recreational cannabis. If anything, things will turn around for better, starting from redirecting the money that was spent toward the prohibition of cannabis and finishing with less broken homes and families because people won’t go to jail anymore simply for possessing or consuming marijuana. Did you know that there were 658,000 arrests for marijuana possession in 2012 alone? The majority of these arrests were for non-violent, low-level offenders. That’s a huge number! And that’s A LOT of money spent for nothing. Enforcing cannabis possession laws costs the U.S. approximately $3.6 billion annually. Don’t you think it would have been better to spend that money to build more schools?

Anti-cannabis people believe that all those stories about medicinal benefits of marijuana are just a lie, despite a huge number of people who recovered from their diseases while consuming cannabis. However, even though more than half of the country has legalized medical cannabis, it is still an illegal drug on a federal level, which means it is difficult to conduct scientific research on it. Cannabis is still classified as a Schedule I drug, which is a place for drugs and other substances that have a high potential for abuse no currently accepted medicinal value. Cannabis shares this category with heroine, LSD and MDMA, to name a few. Currently, advocates are lobbying for a re-schedule of marijuana, which clearly doesn’t belong here. When they succeed, scientists will get an easy access to the drug for research purposes, which will allow them to discover how it actually works and what other medicinal benefits it has. So far, we have seen studies that show marijuana’s potential in shrinking aggressive cancerous brain tumors. There’s also a recent American study, which found that treating epilepsy and other seizure disorders with CBD reduced seizures by 54%. These are the reasons why so many states decided to legalize medical marijuana. Now it’s time to move further.

Cannabis is less toxic than alcohol

In a comparative analysis on the risks of recreational drugs, alcohol was the top contender, while cannabis was considered the lowest risk, making cannabis literally 114 times safer to use than alcohol, a substance that is legal to consume for adults and considered to be a source of fun. Can you imagine a stoned husband beating his wife? No, didn’t think so. But you can imagine a drunken husband beating his wife, can’t you? Of course you can, because alcohol has the ability to turn people into wild animals and we all know that people tend to lose control when they’re drunk, while it is highly unlikely (almost impossible) to go into an aggressive or out of control mode while high on cannabis.

There will be no increased use among teenagers

Cannabis is not a gateway drug, as many opponents like to believe. Many people feared that legalization in Colorado would lead to increased consumption among youth and thus create more heroine addicts. What happened was exactly the opposite – the percentage of teenagers in Colorado who admit to using cannabis has been steadily dropping from 22% to 20% between 2011 and 2013, and remains below the national average at 23.4%. This only means that education works. It is only natural that people fear the unknown, and our only weapon against the unknown is education.

These are the best sites offering CBD oil for sale and cannabis seeds.