Tobacco Pays Jeff Sessions in its fight with Cannabis 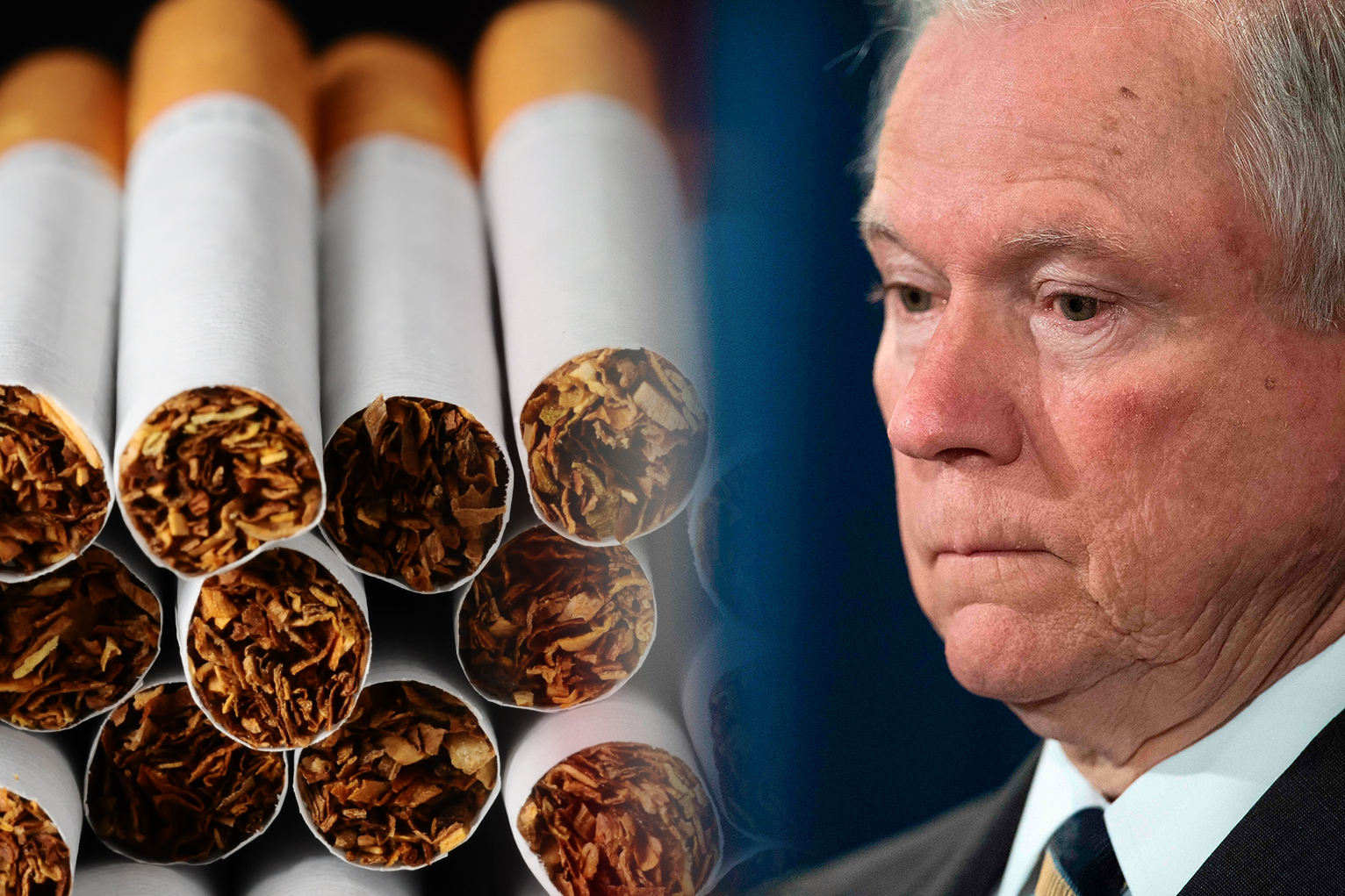 It is well known that Big Tobacco wants marijuana out of their way. Documents now reveal that Jeff Sessions has been working with them as a ‘tool’ for such a long time.

Big tobacco forced to fess up

Jeff who has been a big anti-weed crusader received a lot of money Big Tobacco.

Big Tobacco falsified information on the addictive nature of tobacco and the dangers it had on health for so many decades. In the late 1990’s, they admitted to the truth after different states came together in one large lawsuit against the firm

They gave a $ 245 billion dollar settlement and in addition, released more than a thousand files and private documents revealing how deeply they were entrenched in regulation.

You might be wondering what the documents revealed about Jeff Sessions. The documents showed that he was a tool for propaganda.  He was first elected to Senate in 1997 where his campaign received a massive donation from R.J Reynolds Camel cigarettes makers. Big Tobacco had actually given too much to Sessions that his campaign did a partial refund. This was actually more than the legal maximum a political candidate should be given in terms of funding.

From that time hence, he continuously works towards their interests in his office. The first thing he worked on was trying to block a lawsuit against the tobacco industry but this failed.

The lawsuit was considered an extortion by one Bill, a Chief Economist at Truth Tobacco Industry.

A pro-tobacco amendment was introduced by Sessions in an effort to lower the tide of state lawsuits that had ensued. This failed though it would have limited the number of lawyers who would have gone after Big Tobacco and also prevent any further lawsuits.

Jeff Sessions as a tool

He has remained adamant in his support for Tobacco. Congress realized that tobacco had to actually fall under the FDA after the turn of the century. As usual, Sessions was against bills that would make this happen and he rallied against them as recently as 2004.

In 2009, Big Tobacco realized the inevitable loss that was facing them and started supporting the regulations FDA came up with, this also made Sessions change his stand. This legislation brought about a big change, advertising that targeted youths was eliminated, brand sponsorship for events and sports, promotional items and vending machines were all eliminated.

What else could a man do for those who were fattening his pockets and helping him gain momentum in his political career?  Big Tobacco has accepted that marijuana poses a big threat to their profits, and in that case, why not pose an attack? If you can’t join them, beat them.

He saw legal marijuana as a threat to his tobacco sponsors but also his for-profit prisons and giants in the pharmaceutical industry who were basically financing him over the years.

We can conclude that Jeff Sessions does not really see the need to avoid marijuana being sold everywhere in every store because it is dangerous. Tobacco on its own kills thousands each year and he seems to be okay with that.

Sessions opposition to cannabis is simply based on the fact that he is paid to do soothed new White House is based on pro-capitalism, with that in mind, they should probably give him a check that may replace him. His record shows that he makes up for a great investment.