The World’s First ‘Weedery’ To Open In Colorado 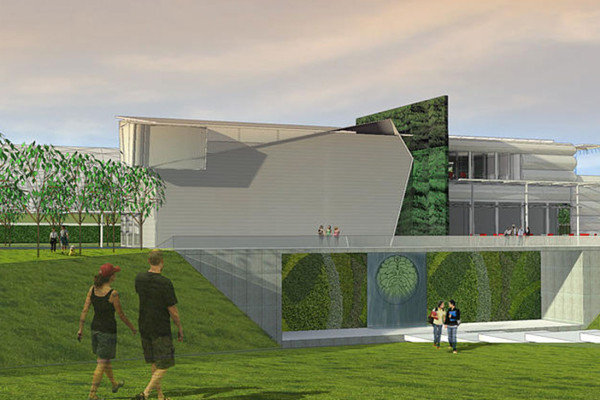 It looks like wineries and breweries got an unexpected competition! Colorado, a state that legalized recreational marijuana in 2012, is preparing to welcome its first “weedery” in 2016. The project is set to open in Denver and is called the Colorado Cannabis Ranch and Amphitheater. It is worth around $35 million. The brain behind the project is Christian Hageseth. The project itself will feature greenhouses, which represents a major shift, because it will allow producers to move from cultivation of marijuana indoors. There will also be a performance space, a restaurant, a rooftop bar, a gift shop and, of course, a marijuana dispensary. There’s big buzz with the CBD also, so if you want to learn more information about this you will have to research for the best full spectrum cbd oil.

Mr. Hageseth is also the founder of the Green Man Cannabis, a famous dispensary from Colorado (it’s actually more than just a dispensary). He chronicled his adventures in the medical and legal marijuana business in the book called “Big Weed: An Entrepreneur’s High-Stakes Adventures In The Budding Legal Marijuana Business.” The book documents the rising marijuana industry and Hageseth’s experience on the front lines of the cannabis business, exploring legal marijuana’s impact on American life as well as the cultural and economic shifts that will come in its wake.

An ambitious project that could change the game

Hageseth is portrayed as an ambitious entrepreneur with a background in real estate. Since launching in 2009, his company Green Man Cannabis has been described as the fastest growing and most innovative legal marijuana company in the U.S. It has earned four Cannabis Cups, which is the marijuana industry’s highest honor for product excellence. In an interview for the New York Times, he talked about how he came up with the idea and said that as he was starting to build his first grow it was “incredibly expensive,” which made him think of other solutions: “We were growing indoors because marijuana had been illegal, so that’s how it had been done. I started thinking about greenhouses and had an epiphany. I felt like Michelangelo when he saw David in the marble and just had to let him out” – he said. With his new concept, Hageseth wants to “demystify and normalize legal marijuana by providing a unique cultural and educational experience.” We recommend to everybody that wants to learn about weed to apply for a budtender training online. The “weedery” in Colorado will be the first of five he’s planning to build, while trying to raise $100 million for the effort.

High Noon Entertainment and Dan Farah’s Farah Films have put in development an unscripted series on Hageseth and are currently selling the project to cable networks. Weed business started to attract numerous individuals, so called ganja-preneurs, who would love to cash-in on the “green gold” how media likes to call it. Many have failed, due to a lack of a vision, but not Hageseth. “He’s been credited with leading the revolution and creating the rules,” – said Jim Berger, CEO of High Noon Entertainment. It seems like Hageseth will become the new face of the emerging legalized-marijuana industry in the U.S.