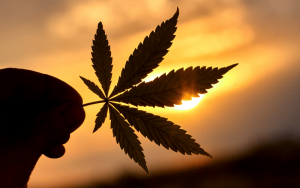 In recent years, the global discussion on the regulation of cannabis has intensified. More and more jurisdictions in different countries have modified their laws to allow the medicinal or therapeutic use of the plant.

This has been implemented gradually due to scientific studies that have been carried out in various parts of the world to demonstrate the effective use of cannabis derivatives, in several health ailments that afflict many people.

A good part of the governments in the world has been making the use of cannabis more flexible for this medicinal purpose.

While, at the federal level, the absolute prohibition of adult use of cannabis persists in the United States, the picture is radically different at the state level.

Until January 2020, twelve jurisdictions in that country have regulated this substance for adult use and thirty-three have legalized cannabis for medical purposes. Marijuana has been legalized in approximately 30 U.S. states, according to statistics provided by the National Conference of State Legislatures.

Anyone over the age of 21 can buy medical marijuana in Colorado, Washington, Oregon, Alaska, and Illinois. This last state of Illinois, approved through laws, the use of medicinal and therapeutic cannabis in the year 2019.

The advance of the legalization of medical cannabis in Europe

Since 2008, Germany has granted licenses to acquire cannabis for therapeutic purposes. However, not too long ago, Germany gave the green light to law with the goal of regulating the medicinal use of cannabis in seriously ill patients. In this way, the new regulations will especially benefit patients with chronic or terminal illnesses.

In the Netherlands, the purchase and consumption of cannabis are authorized in small quantities through well-known coffee shops.

Along these lines, the municipalities of the Netherlands want to regulate the supply of coffee shops, which is currently not allowed. In Copenhagen, Berlin and Cologne the local authorities also want to promote this type of measure through regulated marketing.

Meanwhile, in Spain and Switzerland, the regional and local authorities want to allow the existence of Cannabis Social Clubs. In fact, San Sebastián is the first Spanish region to have regulated cannabis clubs.

Precisely, the campaigns in favor of this type of Social Club have gained weight in Belgium, Portugal, France and the United Kingdom.

How are things going for cannabis legalization in Latin America?

For Latin America, at least 7 countries have approved the legalization of cannabis for medicinal and therapeutic use, so far, only one Uruguay approved the substance for recreational purposes, being the first country in the world to approve it in this way.

In November 2020, Argentina approved a new regulation on medicinal cannabis, among which self-cultivation was approved for patients who need to use the plant, as well as the free provision to patients by the State and both public and private production. of cannabis oil and its derivatives, as published in the Official Gazette of November 12 of that same year.