HOW MARIJUANA CAN HELP PEOPLE WITH ADDICTION

HOW MARIJUANA CAN HELP PEOPLE WITH ADDICTION

Marijuana has been seen as a better option to opioids and also a treatment for several addictions such as alcohol, tobacco, and cocaine. Marijuana has the quality of helping people to quit or get over different types of addictions. When you take Marijuana you will the result will be a double effect that is, it will help with suppression of pain and any other underlying form of addiction. Marijuana usually works on the pain receptors by interrupting the pain signaling between the mind and body.

In according to psycho pharmacologist and psychiatrist, Marijuana also induces a forgetting effect. It causes stimulation on the part of the brain that controls the memory which results in the forgetting effect. This can help people who are struggling with addiction by reducing cravings and reduction of the intensity of the memory of the drug dependence. Marijuana itself does not generate any dependence effect and there is also enough evidence that shows that Marijuana withdrawal symptoms are minor.

There is a CDC report that shows that in America alone; more than 30000 people died as a result of opioid overdoses annually. The sad thing is that Doctors still give people opioid with reasons that they need it for pain. Marijuana has a notable effect on pain. According to Drug Policy Alliance, a majority people who used medical Marijuana for Pain felt a significant pain relief. Most opioid-related deaths were actually caused by opioid addiction rather than the desperate search for pain relief. 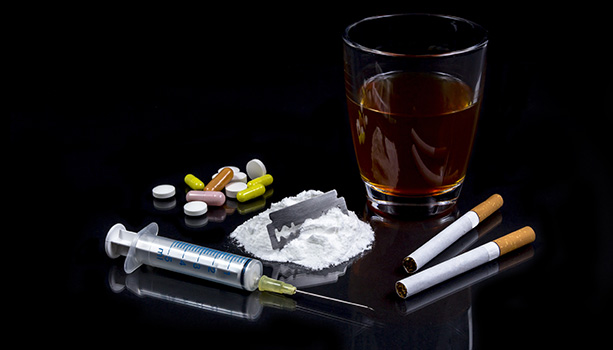 So how can we tell that Marijuana actually helps with addiction problems?

In accordance with a research study by Journal of the American Medical Association, there was a significant reduction in opiate overdoses in Countries where Marijuana was made legal like Netherlands. So if you find yourself in a situation whereby you are dealing with pain or addiction, the possible thing you can do is to talk to your doctor about medical Marijuana options.

Cannabidiol is a more important compound found in Marijuana and helps with treatment for addiction.Tetrahydrocannabinol (THC) normally binds to cannabinoid receptors in the human brains and stimulates that receptors that cause “highness” at the same time it reverses some of the brain changes that were caused as result of addiction by other drugs such heroin. For example, cocaine and heroin cause harm and damage to the glutamatergic receptors and,cannabinoid in the Marijuana helps to reverse this effect, therefore, reducing the level of addiction.

Cannabidiol also affects our biological system in a good way by influencing the systems that are linked to the negative components of addiction which include inhibitory control and anxiety. Cannabidiol is the same compound in the Marijuana that eliminates cocaine and heroin craving behavior from people who are dependent on the drugs. Tests conducted on rodents showed that cannabidiol actually worked to disrupt reconsolidation of heroin, cocaine and opioid-related memory. Smoking Marijuana will, therefore, reduce dependence on the drugs that can cause fatal addiction that could also lead to loss of life.