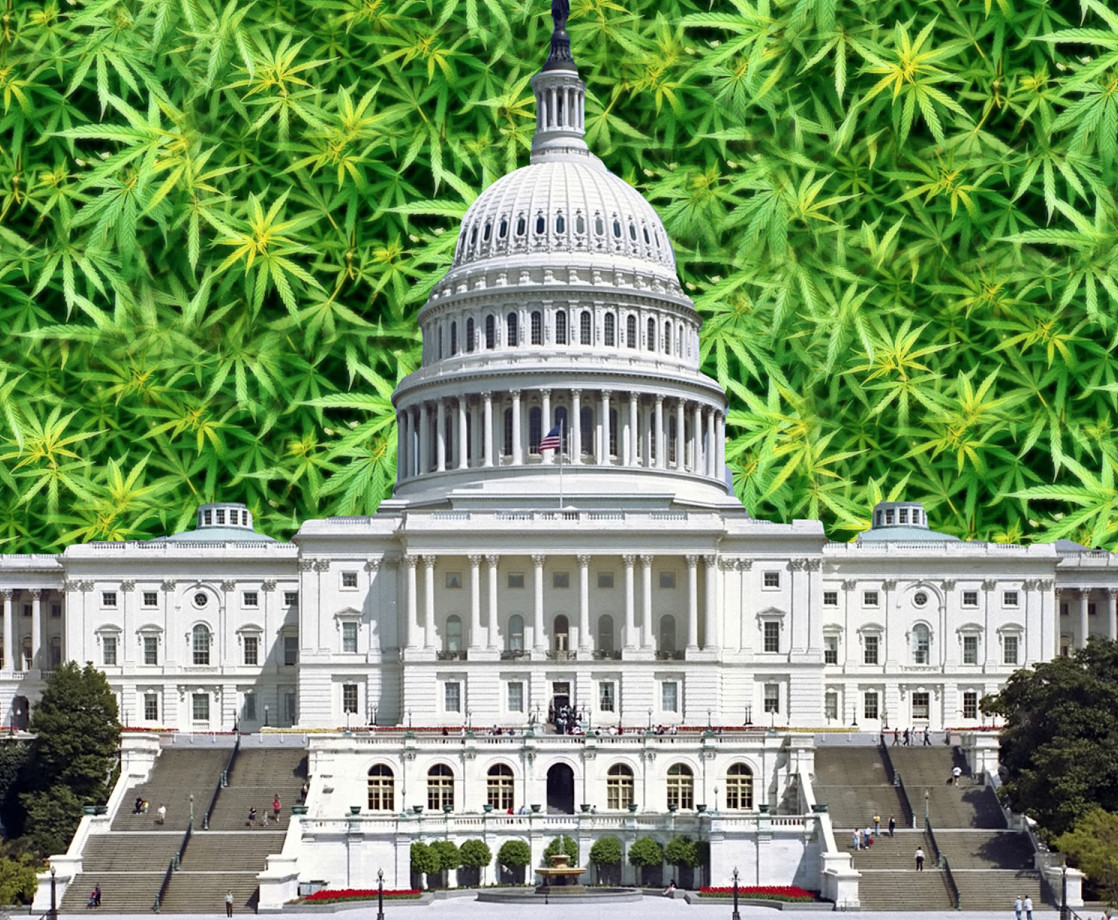 Over the past years, the process of marijuana legalization has happened at an incredible speed at the state and local level. The pot reforms at the federal level has gone at a glacially and has worsened after Jeff Session a rhetoric prohibitionist assumed the office of the Attorney General.

Jeff Sessions’ prohibitionists’ acts and attempts to eradicate Obama’s marijuana protections have attracted a lot of debate and attention from the lawmakers. A new rejuvenated group of congresspersons is backing up the legalization of marijuana at the state level and are not letting any marijuana-related bills slide back

As of 2017, more than 40 cannabis-related bills were waiting for approval by the House of Representatives in this Congress, let alone countless others in the Senate. Below is a break-down of bills that have passed through the House with support from both the Republicans as well as the Democrats.

The Senate Minority Leader Chuck Schumer recently shocked many when he proposed the marijuana decriminalization; although his move came a little bit too late as Bernie Sanders the Vermont representative had already set camp before him together with the 2020 presidential candidates prospective for the Democratic Party. This included the senators, Corry Booker, Kamala Harris and Kirsten Gillibrand from New York. Still, the statement from Schumer – who is known for vocally opposing recreational marijuana – was received as a dramatic move and is expected to trickle down the ballot to people running for Congress across the nation.

When asked about his new tactical move, Schumer claimed that this was something which was long overdue and he wishes that it will go through quickly. Even though numerous decriminalization bills are in existence, Schumer plans on introducing his bill. But Schumer is in the minority party, and Senate Majority Leader Mitch McConnell, who currently controls floor time, isn’t budging on marijuana, even as he’s continuing his years-long push to legalize industrial hemp cultivation in the U.S.

In a press conference at the capitol hill, McConnel claimed that he did not have any plans to endorse legalization of marijuana and that it may be good to point out again that these are two entirely separate plants. I hope everybody now understands that.

When McConnell dubbed cannabis – which, unlike hemp, contains enough THC to get you high – hemp’s “illicit cousin,” the press corps broke out in utter laughter. But Schumer wasn’t all smiles when he got the news that McConnell wouldn’t be joining his party’s effort to decriminalize marijuana after he endorsed McConnell’s hemp bill.

The senators, however, opted to give the states the freedom to make their marijuana legalization legislation. These legislations will however not override the federal marijuana laws. These were given a jolt when President Donald Trump gave a green light to the senators during his private conversation with the senator Cory Gardner.

The president is still working out the final details of it with Sen. Elizabeth Warren (D-MA). She’s become more emboldened on the issue since AG Sessions rejected the Cole Memo that directed federal prosecutors not to prioritize marijuana-related offences in states that have legalized weed. But some of Trump’s biggest supporters are dubious of what is discussed in those private conversations between the president and the lawmakers.

Rep. Andy Harris is doubtful on the president legalizing marijuana given his family history with these addictive substances. Other Lawmakers are questioning the chances of legalization process under Trump’s administration, especially since the attorney general asked lawmakers to unwind the current congressional constraints that keep him from expending money on enforcing the federal marijuana prohibition in states that have legalized marijuana.

The best chance the marijuana legislation has of passing under unified Republican control of Washington is through bipartisan legislative efforts to simply relax the barriers that have been erected around studying marijuana.

There was already historic progress on that front when, earlier in the year, the VA Medicinal Cannabis Research Act of 2018 became the first-ever standalone marijuana bill to make it through a congressional committee. It not only eliminates the barriers to testing marijuana at the Department of Veterans Affairs but also requires the officials there to send regular reports to Congress to allow lawmakers to track whether the VA is taking the testing legislation seriously. While this scope is narrow, pot proponents see the bill as a big breakthrough because, if tests show marijuana is good for veterans, then it could easily translate to the greater public.

According to Rep. Phil Roe, there shouldn’t have state legislatures deciding on what’s an adequate treatment for somebody.  The chair of the Veteran’s Affairs Committee, claims that a doctor and staunch conservative from a state where a first-time offence for possession of less than a half-ounce of weed can land you in jail for a year if there is no evidence.

Phil adds that he needs to know what are the risks, the benefits, the doses, the black box warnings if it will work better than placebo or not. He also does not understand why it took so long to get here.

As the country is still winding down two major foreign wars that killed many of our citizens – including several lawmakers from both parties – supporters believe that now is the perfect time to test marijuana treatment on vets, especially those infected with PTSD or relying on heavy opioids to reduce with chronic pain.

Rep Matt Gaetz believes that in today’s America, there are clinical trials that need veterans to participate, but at the VA today we’re not even able to tell veterans of the existence of those trials. Gaetz says that the first sign is the Medical Cannabis Research Act of 2018, which has support from some of the toughest conservatives in the Capitol. Just like the veterans bill, it simply allows extensive research to be done on weed. Gaetz says the broad support behind that bill shows the tides have changed.

With the current marijuana regulations, businesses are currently locked out of the banking sector, even in those states which have legalized weed either for recreationally or medicinal uses, and the Small Business Administration recently moved to stop companies involved in this green revolution from receiving loans.

According to Rep. Earl Blumenauer, small businesses shouldn’t be denied the wider range of opportunities and it’s not just people who cultivate – there are people who provide facilities, equipment, professional services and therefore it will be insane to block them out.

Support is also gradually growing for the legalization of weed countrywide and its removal from level one drug category where it currently sits at Schedule I, alongside LSD and heroin. But the Marijuana Justice Act goes an extra mile further and aims at the racial disparity that marks American prisons by removing the records of people convicted of federal marijuana crimes and investing money in communities affected by marijuana convictions.