Coachella Doesn’t Want You Bringing Weed Into the Festival 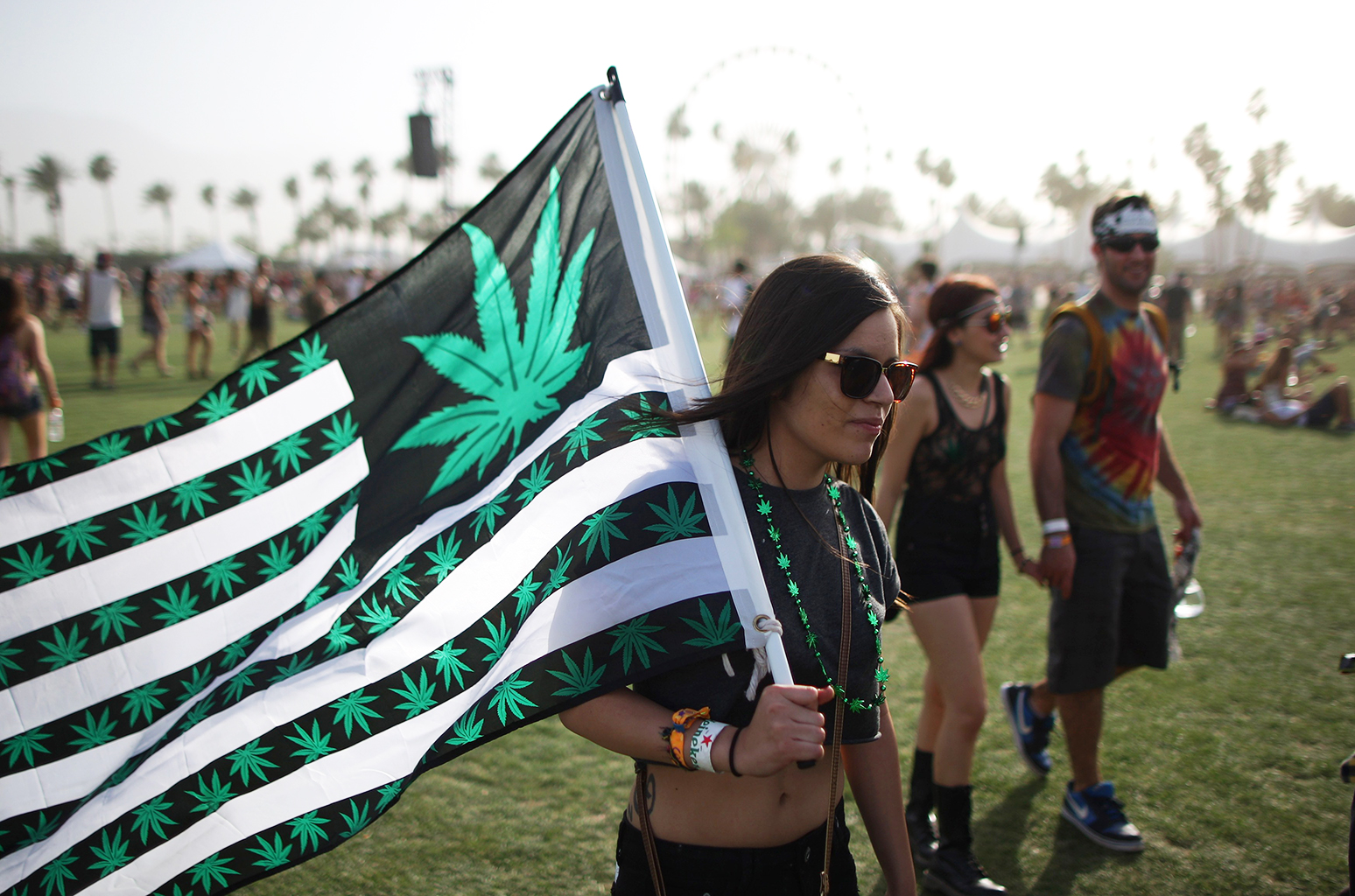 Coachella announced their 2018 lineup a week ago, including a makeup appearance by the Queen of America’s Royal Family, Beyoncé. The singer was slated to perform at last year’s festival before bowing out to bless future generations with a set of two new Bey-Z clones.

Of course, passes sold out quickly.

If people weren’t enticed by a lineup that also includes a revived Eminem, SZA, and Miguel (and Jamiroquai!), they might have been eager to attend the first major festival in California post-recreational marijuana legalization.

But the festival’s organizers — or, more likely, their insurance providers — have quickly put the kibosh on any plans to dirty up their classy corporate shindig with pesky reefer pot.

The frequently asked question section of Coachella’s official website spells out the curiously aggressive ban on cannabis products that will no doubt still surely end up inside the festival, as they have at every music festival worth attending since the inception of music festivals.

Second, the festival is held on private property where event staff already check IDs and offer bracelet identification for those who are over 21 years of age, so allowing consumption isn’t out of the realm of possibility. Don’t you love money, Goldenvoice, promoter and money collection apparatus that operates Coachella? Throw a VIP smoking area next to your beer and liquor lineup to sell overpriced eighths of Deadhead OG to people who are used to buying $15 beers and $50 t-shirts.

Even law enforcement officials are seemingly on the fence about the issue.

Notice he didn’t say no, he just basically said to ask your mother.

According to the California Department of Health, “you cannot consume, smoke, eat, or vape cannabis in public places,” nor can you smoke weed in any environment where tobacco products are already prohibited. But neither of these stipulations apply to the festival held on private land that allows patrons to smoke cigarettes. Hell, Coachella organizers even let vapers do their thing inside.

Coachella will take place Apr. 13-15 and Apr. 20-22. That means Coachella organizers are forcing thousands of marijuana enthusiasts to choose between seeing The Weeknd, Kali Uchis, and St. Vincent or celebrating weed’s high holiday. Now, it makes total sense why Coachella booked indie band The War on Drugs that day.

The festival will place amnesty boxes at all entrances for (scaredy-cat) attendees to discard their weed before entering, where security will take a “no questions asked” approach to what’s deposited in the proverbial treasure chests.

While cannabis has never been “allowed” inside the festival, it does seem a somewhat strange time to come out so strongly against consumption, especially when corporate America seems to finally be embracing cannabis culture — or attempting to, at least.

As of July of 2017, 29 festival-goers have lost their lives as a result of drug use at events organized by Los Angeles-based promoters since 2006. Maybe marijuana shouldn’t be such a primary focus for festival security, especially when it’s legal in the state the event is held.