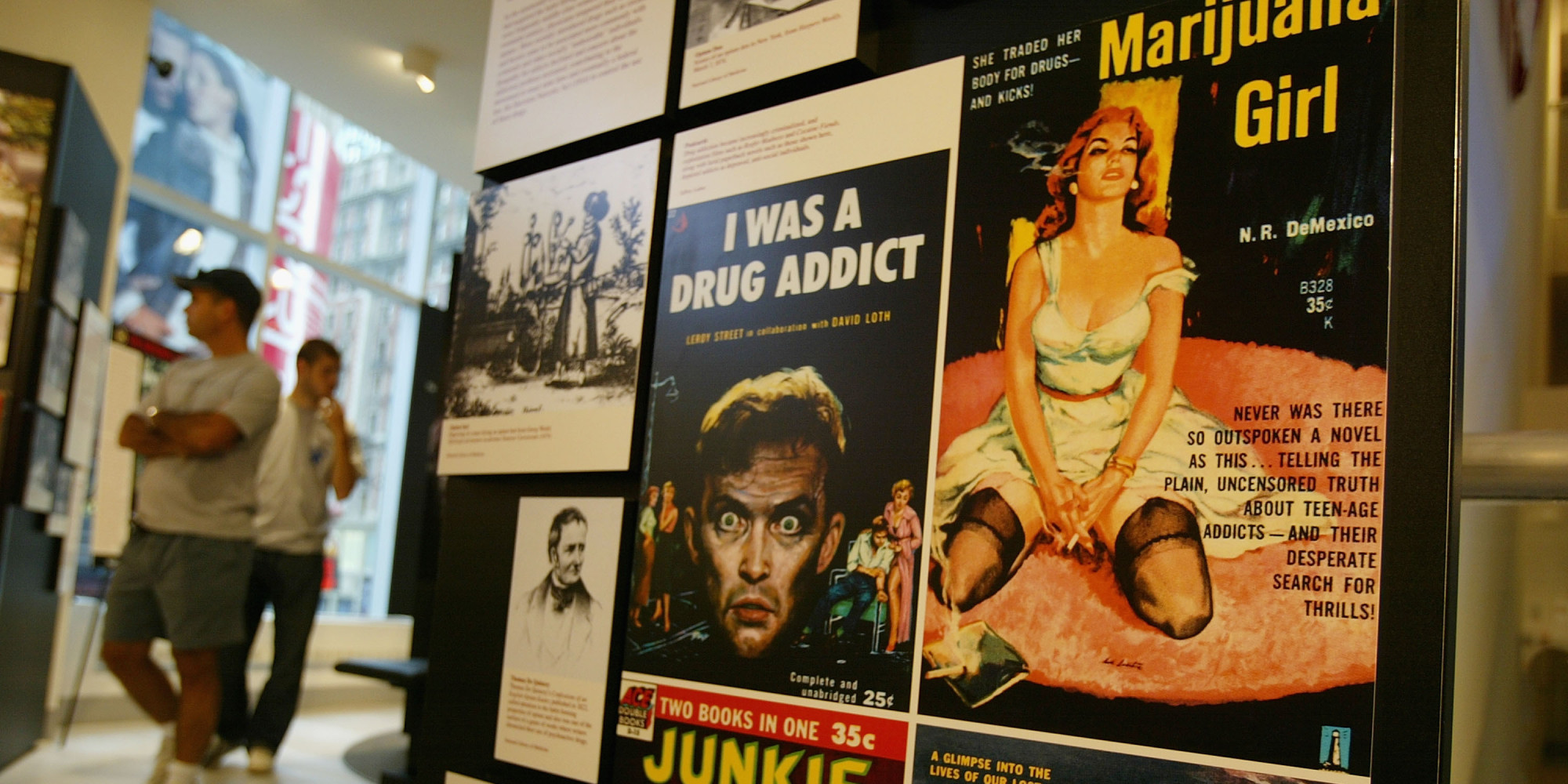 If you visit the Drug Enforcement Museum and Visitors Center, located within the agency’s headquarters in Arlington, Virginia, you would not help but notice a dichotomy for the people setting foot in the place. One group composed of drug-naive people, who have never abused any substance in their lives and the second group made up of people whom their minds have been rendered suspicious by their current and previous involvement with substance-related activities.

Outside, a gentleman in his twenties could not hide his astonishment by the sight of a “Keep Off the Grass” bumper costing a 100 Dollars and had to be ‘hushed’ down by his friend.

Inside the museum, you will not fail to see students.  One can easily distinguish them from the drug using community. They are ever busy jotting down notes in preparation for their college Drug and Society class. When asked about the accuracy of the information they were getting from the museum, the students are optimistic that the information displayed was accurate and would suffice for their class.

Along one of the corridors, one’s curiosity will be aroused by a prominent eye-catching artistic impression of a ’90s cocaine shop. Its costly and brilliant metallic entrance seemed like one that would have easily attracted drug busters, attention from the horizon.

The central part of the museum exhibits the temporal development of substance abuse in America since the 1950s. A caption that is glamorously displaying fashion-savvy youths seeking enjoyment and gratification in a period when America was both socially conservative and highly materialistic, otherwise known as the American dream. Nearby, another caption wickedly displayed a band of musicians of the 1940s to 1960s, a period during which bhang was believed to improve the quality of jazz music, though history seems to suggest that only the musicians thought so but to the listeners, the music from such musicians was agonizingly dull.

Like any other museum worldwide, the DEA Museum directly associates the ever-rising moral decay in the society to drugs. Evidently, on the captions, indecent dress codes associated with drug-induced erosion of societal norms is evidenced by undercover agents wearing embarrassing platform boots and floor-length fur coats. Besides this, there was this caption of a secret agent wearing a robot-like metallic-silver shirt! It is quite shameful to say so, but one will tempt you to acquire the shirt, however not under the influence of any substance. This shows that the drug users have influence even to none users.

Other interesting things on display are the real substances, most of which some of the visitors will be seeing for the first time. There is a glass container with a few grams of dope from the early 1920s. Laboratory tests amazingly revealed that the sample was still fully potent seven and half decades later. Next is plastic containers with marijuana which, unfortunately, had been worn out after decades of storage. They lacked labels commenting on their potency, whether this was intentional is a mystery.

Besides, there are displays of pimped up weapons of drug dealers; one is a diamond plated gun which belonged to a borderless drug baron, its glamour is magnetic to the eye but at the same time repulsive and chilly to the soul.

Rumor has it that the museum used to have a whole gallery of guns confiscated from drug criminals, but their display was revoked for security reasons. It remains mind-boggling how a sane person would try steal guns from such a premise swarming with security personnel, and also there is no sound reason as to why should one steal an old over-decorated rifleinstead of the pot with potent poppy.

Eventually, your tour of the museum will end at the gift shop, where on sale are numerous clothing of different designs and styles each with a DEA associated slogan albeit with the same message. One might contemplate purchasing a cloth having a few with slogans spewing mockery to the Museum, but the sight of many vigilant and armed security personnel will undoubtedlygive you a change of heart.