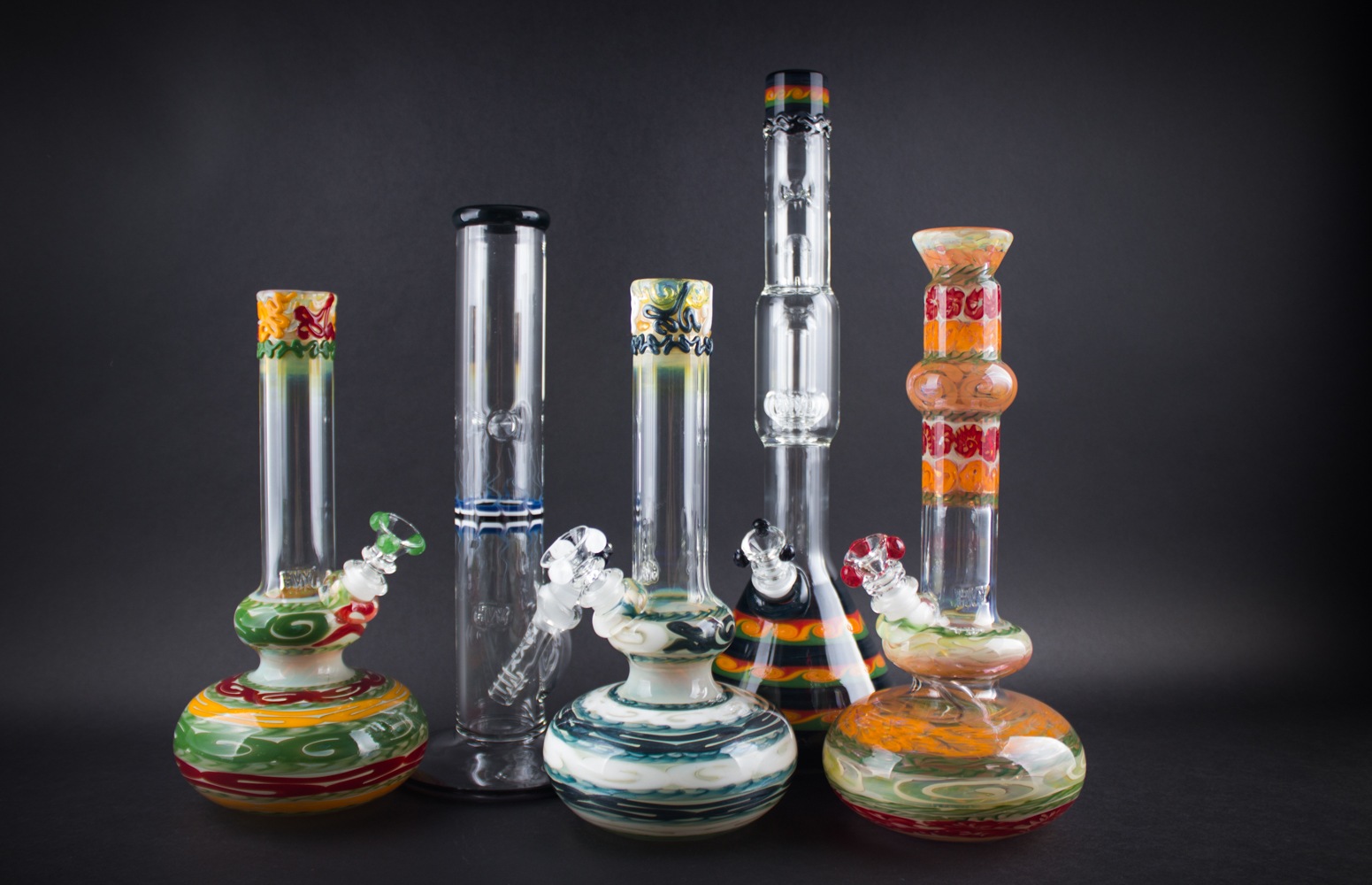 It is common to hear the term bong among smoking circles around the world. Going by several names, bongs can be described as water filtration devices that are primarily used for smoking. What one chooses to smoke however, is entirely up to them. However though, most marijuana consumers will tend to make use of this apparatus either occasionally or on a day-to-day for their recreational fulfilment.

This is normally located at the bongs base and can be described as a bulb shaped cavity that holds water. The water held in this regard serves to cool as well as filter the smoke, thus making it more bearable to inhale.

After passing out the water chamber, it moves upward into and through an elongated, mostly vertical shaft and out the mouthpiece. Although traditionally straight, some modern bongs quite literally come with a twist, incorporating elaborate designs with added filtration systems in a manner that is not only more efficient, but aesthetically appealing as well.

This most often than not normally sticks out of a small hole in the water chamber. The stems bottom section protrudes into the chamber and is normally submerged in the water when the chamber is filled. The other, top half is on the chambers outside and tends to flare out into a bowl shape at the top. The downstem is the the part that holds the herb to be smoked.

Through it, air, along with smoke from the already ignited materials, is drawn into the water chamber when the user inhales through the mouthpiece. Stationary stems come with small holes called carbs, that are covered by the thumb then released, when the tubes need to be cleared. In the case of a slider downstem, the stem is withdrawn from the chamber instead. In accordance to user preference, bowls on the stem can be of different sizes, and are often decorated.

Aside from their general design, there have been several ways to modify bongs, as is evident in their varied nature.

These make use of a glass filter that stands suspended into the water chamber. This ensures that smoke bubbles are broken up and evenly distributed by circulating the smoke throughout the water. The presence of more holes and smaller slits enhance diffusion though increase drag.

Considered to be a hybrid between a pipe and bong, it comprises a drop-down tower that serves to filter and cool smoke. This provides a smoother smoking experience with less drag, though the chances of inhaling water are relatively high.

Portable, easy to hold and lightweight, are some of the words used to describe this bong. It mostly makes use of the carb system and is also cheaper than other variants. It however holds a few demerits like weaker glass, small, hard to clean places with an increased chance of water inhalation. Nonetheless, it is a perfect companion for the ever-mobile conscious smoker.