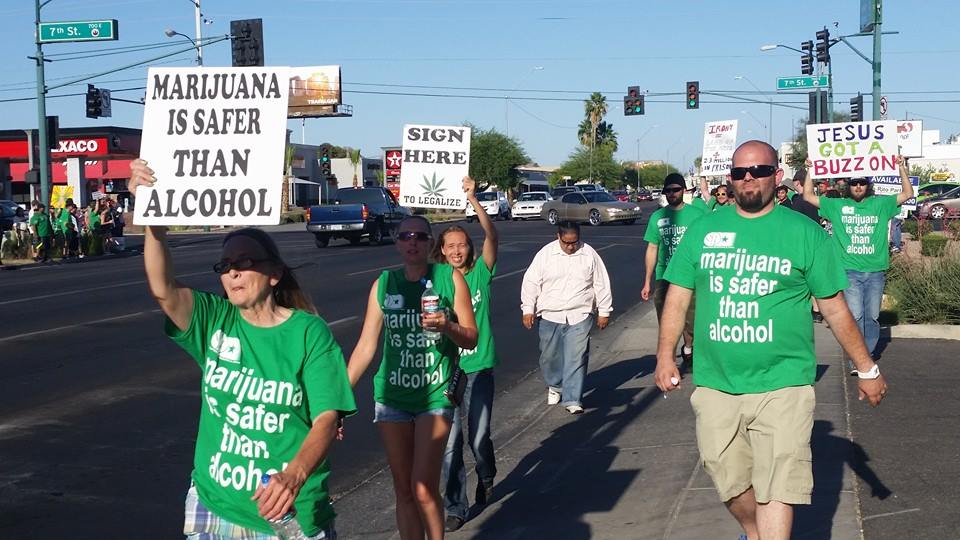 Brace yourself world, cannabis is coming! Couple of months ago lawmakers in Italy have taken a bold stance on marijuana legalization, signing a motion to legalize cannabis across the country, voting for a legalized and regulated cannabis market. In Denmark, The city of Copenhagen wants to legalize cannabis and, if possible, get supplies of the drug from the United States, and the United Kingdom just reached a record high number of supporters for legalization. Meantime, the lawmakers in the U.S. are thinking ahead and making plans that would potentially change the game completely.

What’s cooking in the U.S.?

Oregon Representative Earl Blumenauer is introducing a revolutionary new bill with a goal to expunge all federal marijuana-related convictions for individuals who are living in states that have legalized medical or recreational marijuana. The Clean Slate for Marijuana Offenses Act of 2015 bill was introduced in July this year. If passed to law, the bill would ensure that all individuals who had been charged with a cannabis offense under federal law, but respected state laws, would have their records expunged. Rep. Blumenauer released a statement on the bill, saying: “The penalties of failed prohibition should stop ruining people’s lives. People who were caught up in the federal criminal justice system for a marijuana offense that was legal under state law at the time should not carry a drug record.” This is great news, and hopefully it will become the law!

Arizona’s Court of Appeals has ruled that the scent of cannabis can no longer be used as probable cause for a search warrant. New Mexico’s marijuana producers and dispensary owners and operators will now become public record due to a recent regulation change by Governor Susana Martinez, however, New Mexico’s cannabis community has found this change controversial. A bipartisan task force is working on a medical marijuana compromise bill that could lead to a final vote soon. After the passing of Senate Bill 5052 to regulate Washington’s wild medical cannabis system, implementation is beginning to take effect. As of July 24, 2015, butane hash oil extractions must be processed through a state-regulated processor, physicians who write more than 30 authorizations per month will have to report to the Department of Health, and single housing units are not allowed to grow more than 15 plants regardless of the number of patients therein.

What’s cooking in the rest of the world?

There’s an interesting new study that emerged in Denmark. It found that young Danes prefer cannabis to alcohol. According to a survey from the Danish National Institute of Public Health (Statens Institut for Folkesundhed), cannabis use has increased significantly amongst teenagers in Denmark. Since 1996, the number of male high-school students who have experimented with cannabis has grown from 26 to 50 percent. Usage amongst girls has gone from 19 to 31 percent over the same time period. Jakob Johan Demant, a professor at the University of Copenhagen’s Department of Sociology, said: “There has been a change within the drug culture that has resulted in cannabis being normalized.”

In Italy, lawmakers have signed a motion to legalize cannabis across the country, according to the ANSA news agency. The proposal, introduced by Sen. Benedetto Della Vedova, was backed by 60 politicians, mostly from the ruling center-left Democratic Party but it also had some support from the right. Senator Della Vedova said that “in view of the failure of prohibitionism” the group will draft a “pragmatic, non-ideological” bill regulating the use of the weed, thereby siphoning profits away from organized crime, while pointing out that legalization of marijuana in Colorado has netted the American state “millions of dollars”.

In United Kingdom the Queen has approved cannabis and recommended it as a great anxiety remedy. Nah, just kidding. What really happened was the signing of a petition that’s calling for the legalization of cannabis in the United Kingdom. This happened in July. Entitled ‘Make the production, sale and use of cannabis legal‘, the petition claims that “legalising cannabis could bring in £900m in taxes every year, save £400m on policing cannabis and create over 10,000 new jobs. The petition itself has gained major traction, collecting over 150,000 signatures from citizens hoping for a policy change. Once they collected 100,000, an automatic debate in court was triggered. The House of Commons of the British Parliament is now required to take the petition into consideration, although a date for the debate has not yet been set. This story came out following an announcement that police in the county in the north-east of England will no longer pursue small-scale cannabis growers nor arrest casual cannabis users.

In Croatia, the government has announced couple of days ago that they will approve cannabis for medicinal purposes during this Fall. In 2013, Croatia has decriminalized marijuana, however, growing cannabis, even for personal or medical consumption remained illegal. It is not yet announced what medical conditions will qualify.

The focus of governments around the world is shifting to target those who produce drugs on a larger scale. Naturally, all eyes were turned to the U.S. and after half of the country legalized some form of cannabis, the rest of the world has decided it’s now their turn to cash in on the “green gold.” Amsterdam in Netherlands also has some new rules. Since 1976, authorities across the Netherlands have chosen to openly ignore that cannabis use is illegal. They decided not to prosecute anyone in possession of less than five grams of cannabis for personal use. The policy, called gedoogbeleid, is known as the “Dutch model,” and it’s the reason why hundreds of “coffee shops” sprung up across Amsterdam and the rest of the country, luring marijuana aficionados from across the globe to one of the few places they could roll and smoke a joint without fear. But that’s no longer the case. Now they want to reclassify cannabis with more than 15 percent of THC as one of the “hard drugs” that come with stiff penalties. Dutch activists are working to implement in their own country the model they think is successful in the U.S.